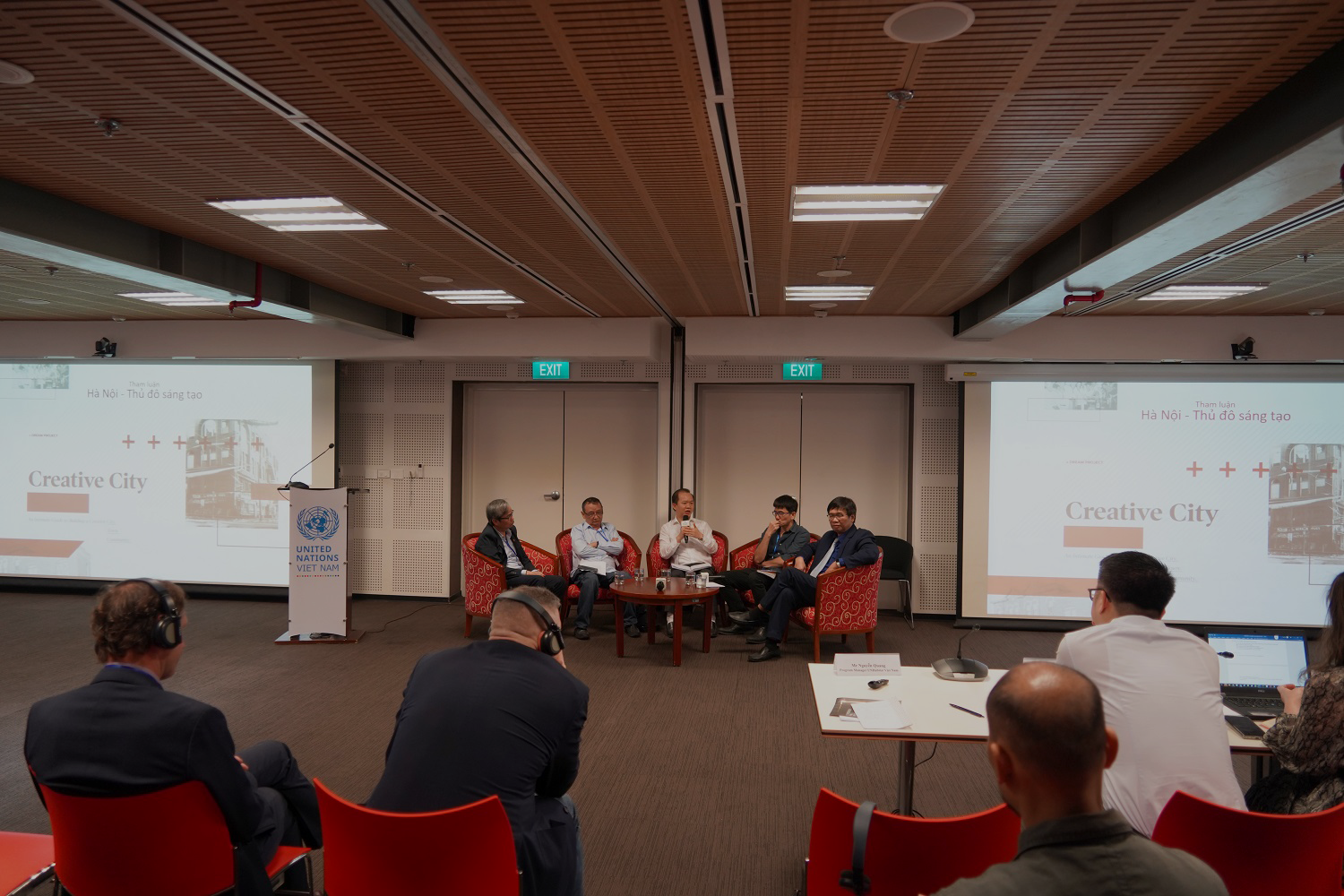 Ha Noi being the cultural and political capital of Viet Nam has always played a central role in the country’s history in terms of politics and nurturing talents. Recognised by UNESCO in 1999 as a City for Peace, Ha Noi now seeks to situate itself at the forefront of the rapid socio-economic transformation of the country, using its cultural legacy to define a new model of creative economy in the country.

UN-Habitat partnering with UNESCO and other stakeholders has been working with the city leadership as well as the central government to realize a vision of Ha Noi as the Creative Capital of Viet Nam. While Ho Chi Minh City has its place as a bustling business and financial centre and Da Nang emerges as a liveable city and a vacation destination, Ha Noi sees continuity in its cultural legacy and growth as a learning hub where historical practices and knowledge combine with youthful creativity.

The concept of Ha Noi Creative Capital will act as a catalyst in developing a narrative that can assemble various existing local initiatives into a coherent unity, creating new development opportunities as well as driving inclusive and sustainable growth in this critical time of rapid economic expansion. Ensuring decent institutional partnerships and adequate financing is the groundwork for the success of this initiative. However, active participation of the youth will also be vital to making this ambitious vision impactful and meaningful. Vietnamese young people are a major human resource for the country’s development and key agents for innovations and social change. This proposed project will be centred around mobilising cultural dynamics and youth participation in order to contribute to achieving the far-reaching vision of Ha Noi as the Creative Capital of Viet Nam.

The project supports Ha Noi City to implement its strategic development as a Creative Captial. Fundamentally, it seeks to leverage existing initiatives and formulate a more consistent and coordinated approach to youth programming and investment in Ha Noi.