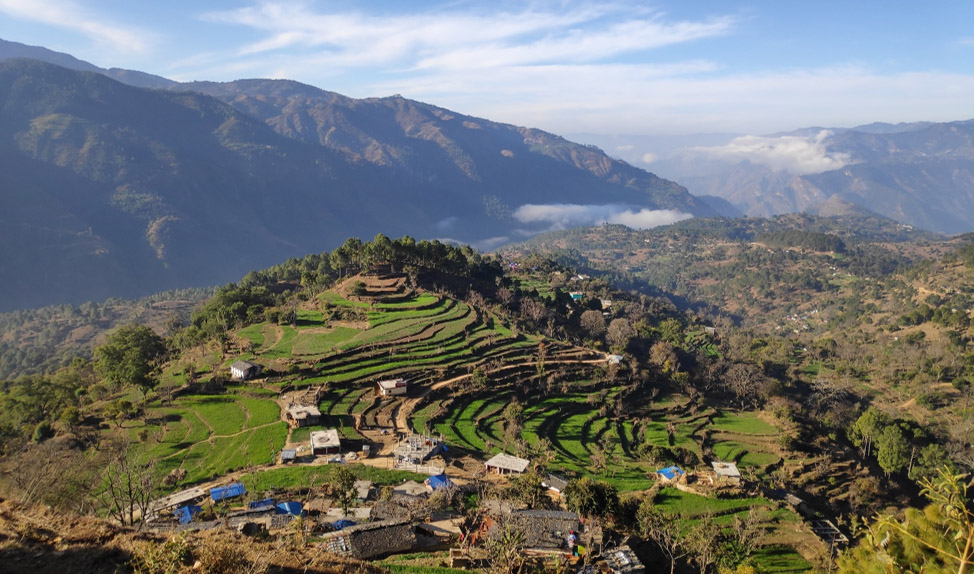 More than 60% of the population in Nepal is dependent on agriculture while some 20% are still landless squatters, slum-dwellers or share-croppers without security of land they operate. Land to the landless and home to the homeless has been the popular slogans since the democratic change of 1951 and a new land reform programme was initiated in 1964 but could not deliver the desired results. Access to land and land use conflicts have remained one of the triggers of popular agitations and even armed conflict (1996- 2006). The issue of landlessness and security of tenure over informal land-holdings was further highlighted during post-earthquake recovery and reconstruction in the aftermath of the 2015 massive earthquake which required submission of Land Ownership Certificate for access to housing grants. The 2015 Constitution of Nepal has set avenue for pro-poor land reform which required to be supported by necessary policy framework, legislation and technical tools for implementation.

The overall goal of the intervention is to support implementation of Fit-For-Purpose (FFP) Land Administration Country Strategy through pilot implementation, policy support and capacity development. 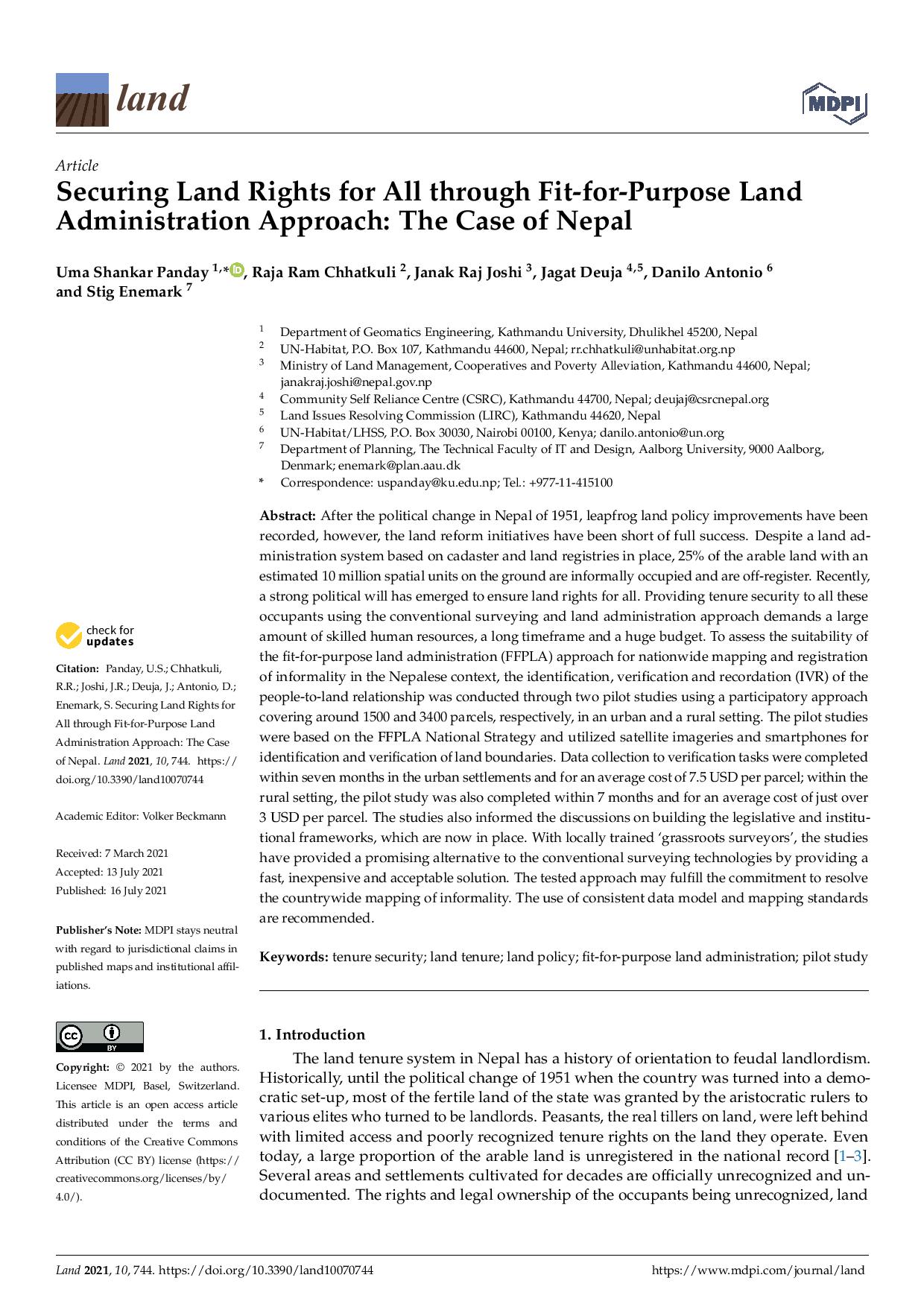 Securing Land Rights for All through Fit-for-Purpose Land Administration Approach: The Case of Nepal