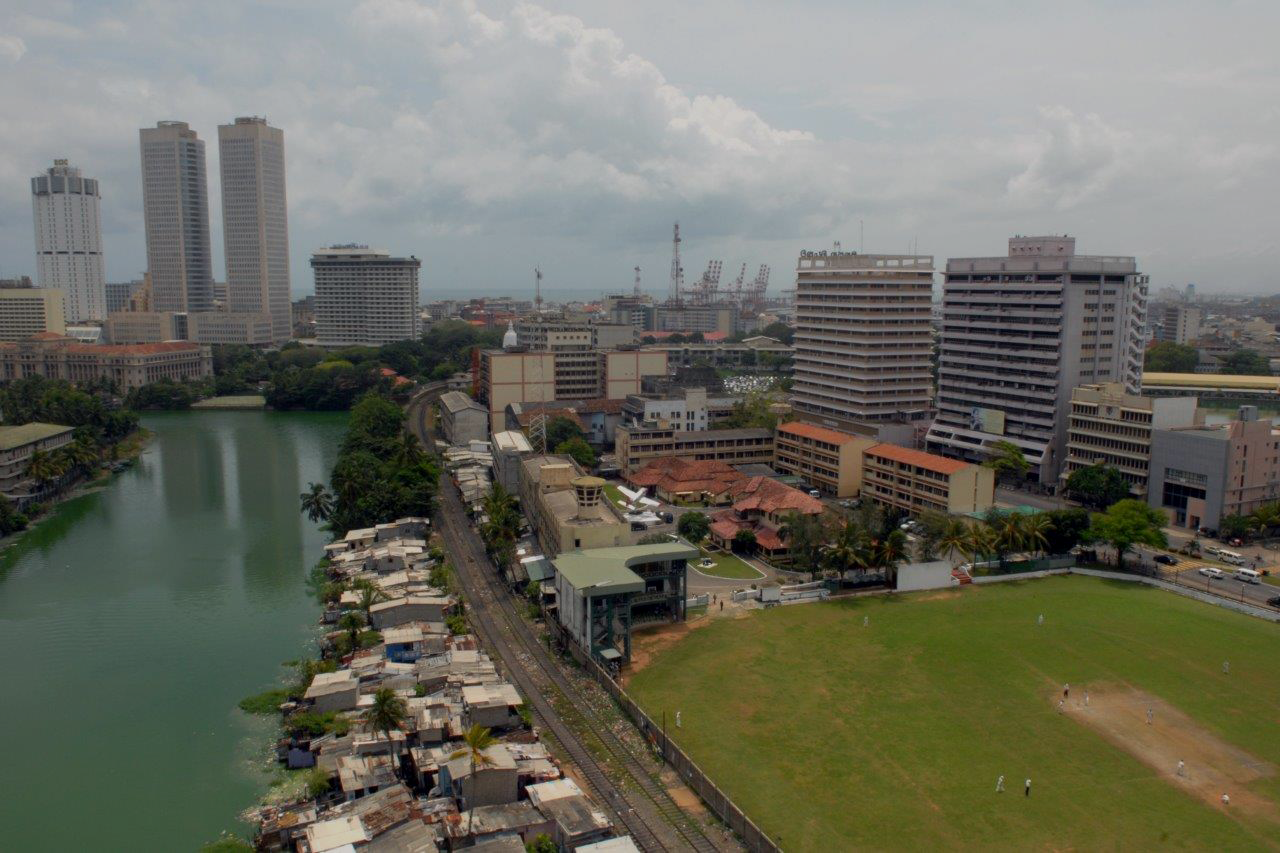 Sri Lanka has a population of 21 million people, with only 18% residing in urban areas. According to the World Urban Prospects: The 2014 revision report, the country is one of the worlds’ least urbanized, and by 2050, the nation’s urban population is expected to reach only 30%.  Significant challenges remain in the areas of urban planning and design in Sri Lanka, including environment management, strategic city management, land and housing developments, and the management and maintenance of infrastructure. In addition, limitations on the capacity, resources and functions of the Local Authorities delay the formulation and implementation of urban planning.

Data that is currently available on Sri Lanka’s cities is considered insufficient for informed investment and development decisions.  As cities grow, it is vital that policy makers and city leaders have access to reliable and verifiable information in terms of urban indicators to support decision-making. While there is considerable information on Colombo and the Western province, other cities lack detailed and composite information. This results in policymakers allocating resources to urgent, short-term issues rather than on long term, progressive changes.

To enable municipal areas in Sri Lanka to become urban centres with increased economic growth, good governance and resilience; with reduced urban and peri-urban poverty; and be habitable spaces to live in.

To improve information and analysis of information on the provincial capitals as the first step in promoting informed and evidence-based policy and integrated city planning, as well as private and public sector investment.

Printing and launch of report: The completed report was be edited, translated into local languages, and printed. The launch of the Report was held jointly with the relevant Ministries and key project stakeholders.

The SoSLC publication which was launched in December 2018 and contains analytical data with a limited validity period. In order to maintain the sustainability of the process, an online version of the SoSLC report was introduced as a database under the link https://soslc.lk. Initially the database carried information for the 9 provincial capitals and later expanded to Municipal Council (MC) and Pradeshiya Sabha (PS) levels, covering all 9 provinces. Currently, the database has detailed city specific information with statistical and thematic information for over 50 active cities. The SoSLC database is maintained independently at city level with designated City Administrators/Data Encoders and overseen by designated Super Administrators from the Ministry of Provincial Councils and Local Government. Through the second phase of the project, over 150 City Administrators and Data Encoders were trained, and the sustainability of the database is ensured through a well-defined Administrative Structure overseen by the State Ministry of Provincial Councils and Local Government Affairs, UN-Habitat and a Steering Committee.

The database is designed as a Content Management System (CMS) which is a Data Driven dynamic Online Platform and with this concept, the database has the capacity to expand to an unlimited number of cities and maintain details of multiple Projects.

Video: Is Sri Lanka one of the Least Urbanised Countries on Earth?

Featured Article #1: Is Sri Lanka one of the Least Urbanised Countries on Earth? 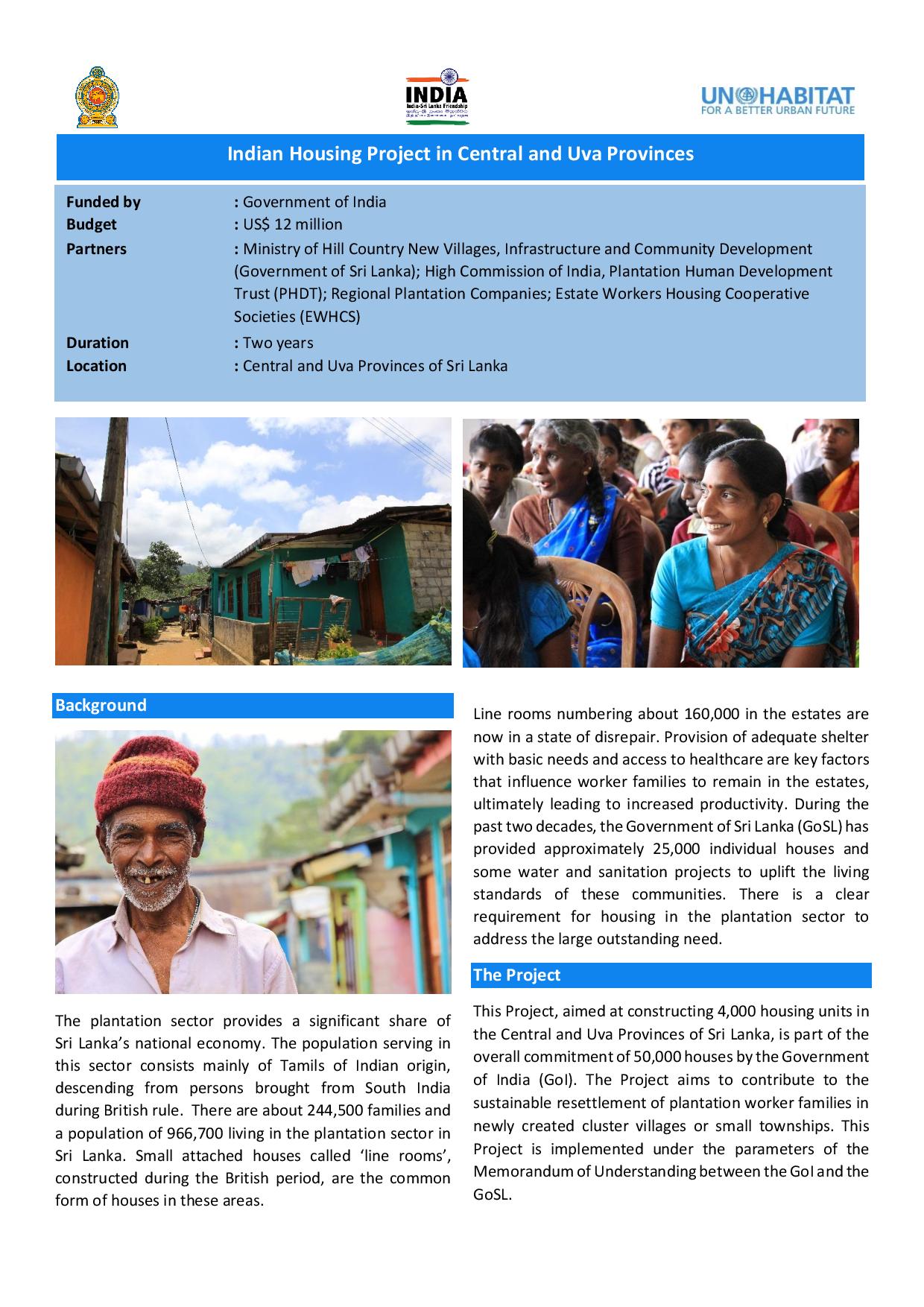 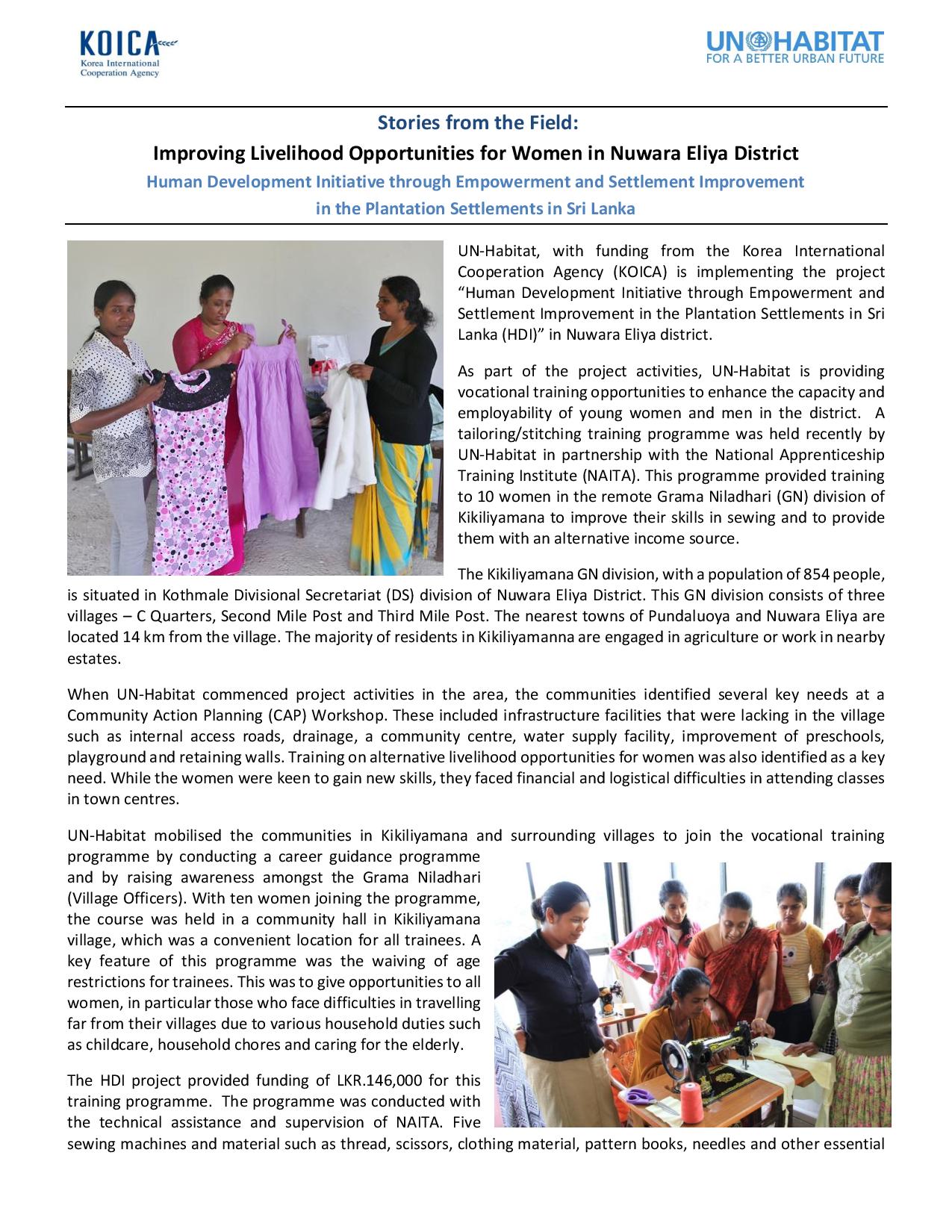 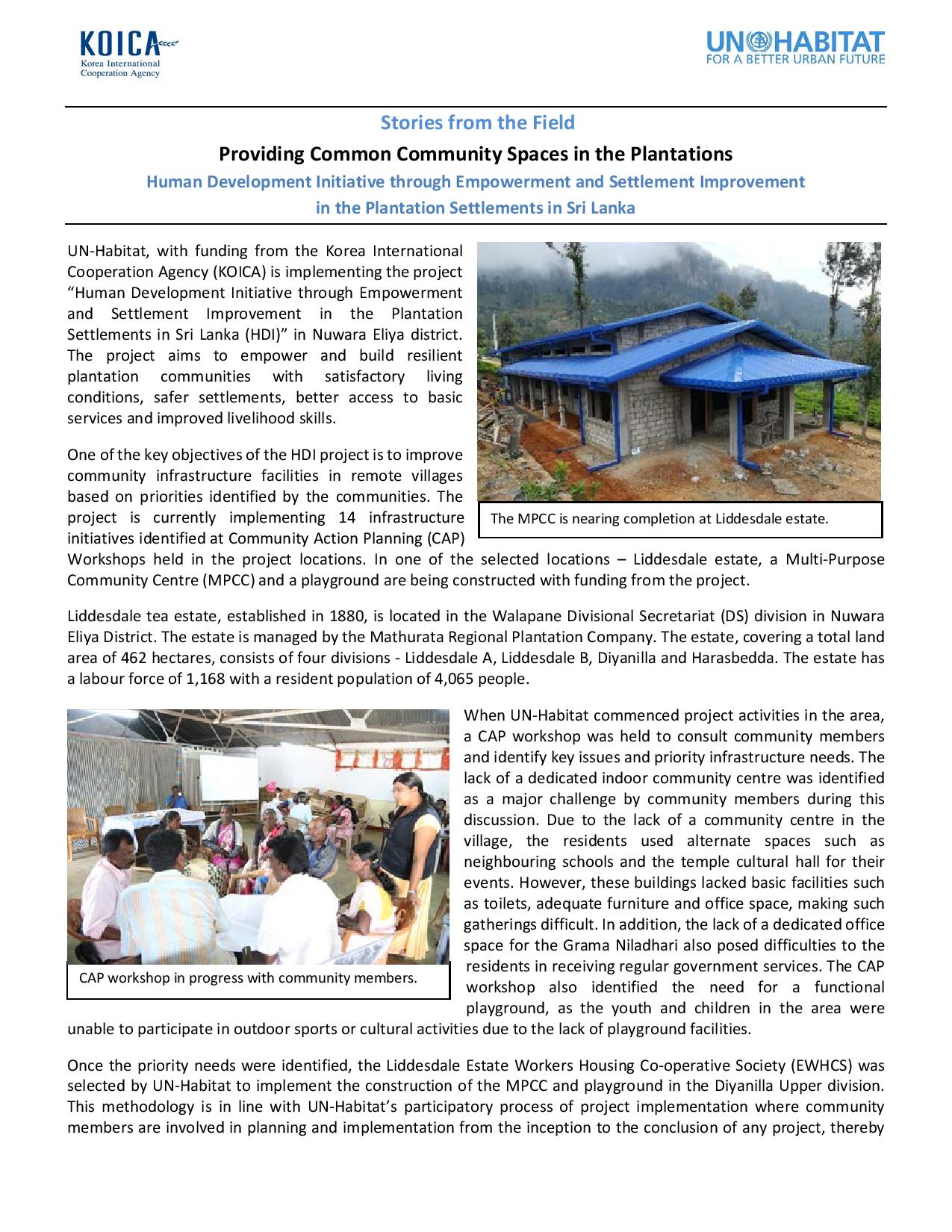 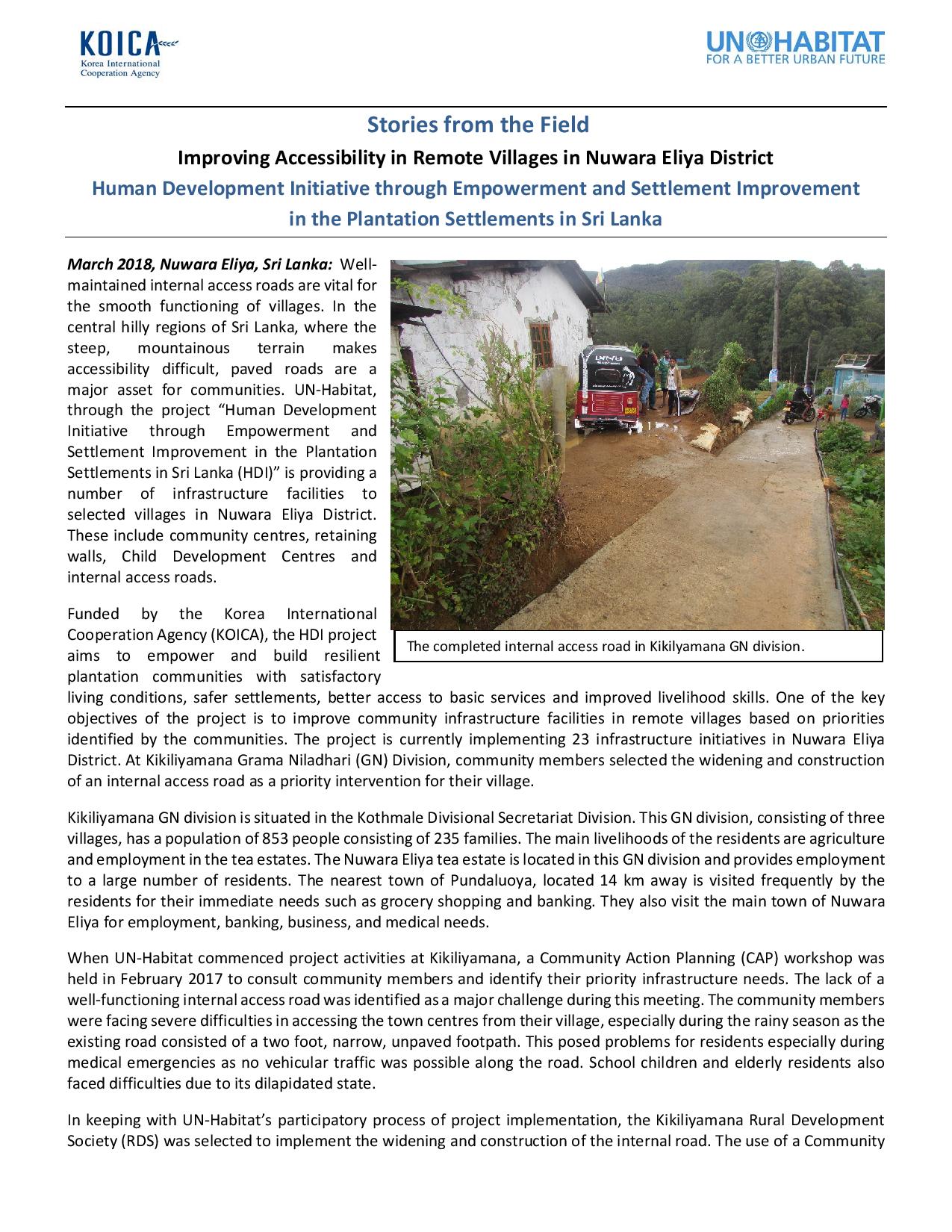 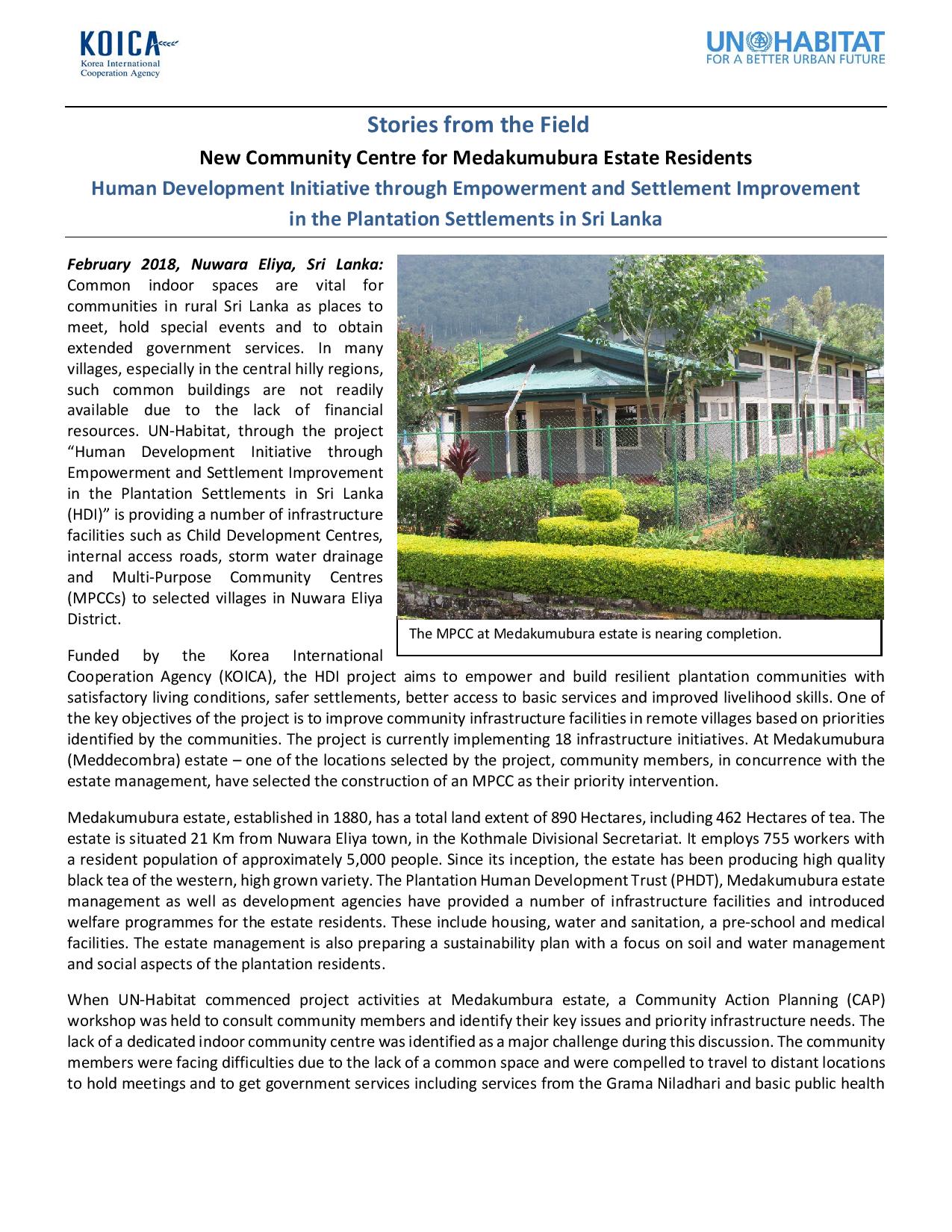