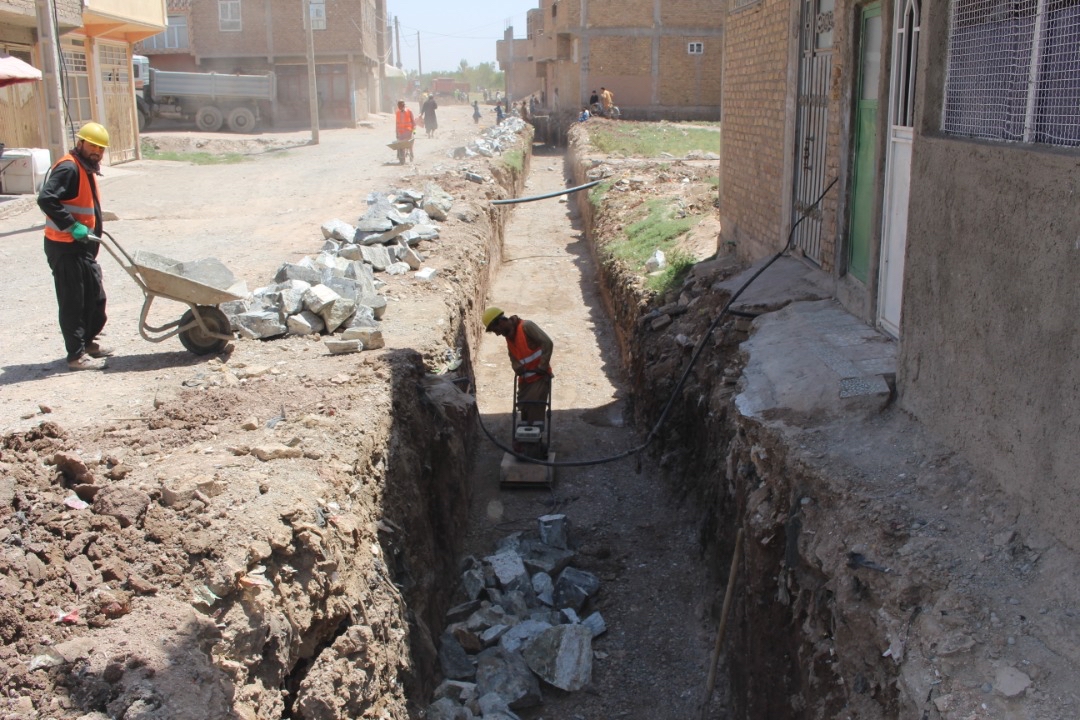 On 15 August, 2022, UN-Habitat, under the Securing Communal HLP Rights in Afghan Cities Project, started three below projects in Herat province of Afghanistan.

UN-Habitat has prioritized the construction of the canals in the mentioned areas because these areas are vulnerable to flash floods, and the existing canals are not effective in mitigating and decreasing floods’ dangers. Also, the lack of proper canals has begotten many other challenges.

The projects have been selected and will be implemented with the cooperation and support of communities. These projects will help to improve living standards in the selected areas, benefit more than 2106 households, and create job opportunities for residents.

In Jam Area, most of the residents are IDPs who are displaced because of insecurity, war, and natural disasters. The residents face several challenges, including famine, drought, lack of access to drinking water, sewage system, and waste contamination. One of the main challenges is the lack of canals, which has caused many problems. For instance, in the summer, people get sick due to water congregations in the area. Also, in the winter, the roads become muddy because of rainwater, which makes commuting difficult for school students and residents.

Constructing a canal in the Jam area will solve most of the mentioned challenges and increase living conditions, according to the residents.

“Canal construction will have a positive impact on our living conditions and solve many of our problems, including decreasing residents’ susceptibility to diseases and making their commuting easy during the winter,” says Abdullah Eltaf, a resident of the Jam area. “We are thankful for the UN-Habitat for implementing such crucial projects in our area. We also ask UN-Habitat if it could consider starting a water supply project in our area because the residents do not have access to safe drinking water.”

Kart-e- Maiwand area is poor in urban facilities and development, and people live in poor economic and welfare conditions. In this area, most of the houses are constructed with mud bricks and with wood roofs, which make them vulnerable to flash floods, especially in spring. According to residents, due to the lack of canals, floods devastate residential houses and inflict humanitarian and economic losses.

Mula Afzal, one of the residents in Kart-e-Maiwand, says, “The benefit of the canal, which is planned to be constructed by UN-Habitat, is that it decreases and mitigates the floods’ danger. Also, this project allows the residents to participate in developing essential infrastructures in their area. We are very happy and grateful to the UN-Habitat office for bringing positive changes to our society. UN-Habitat is accelerating sustainable community development in Herat province by providing support through a wide variety of projects. This approach is helping to create long-term and sustainable development across the cities.