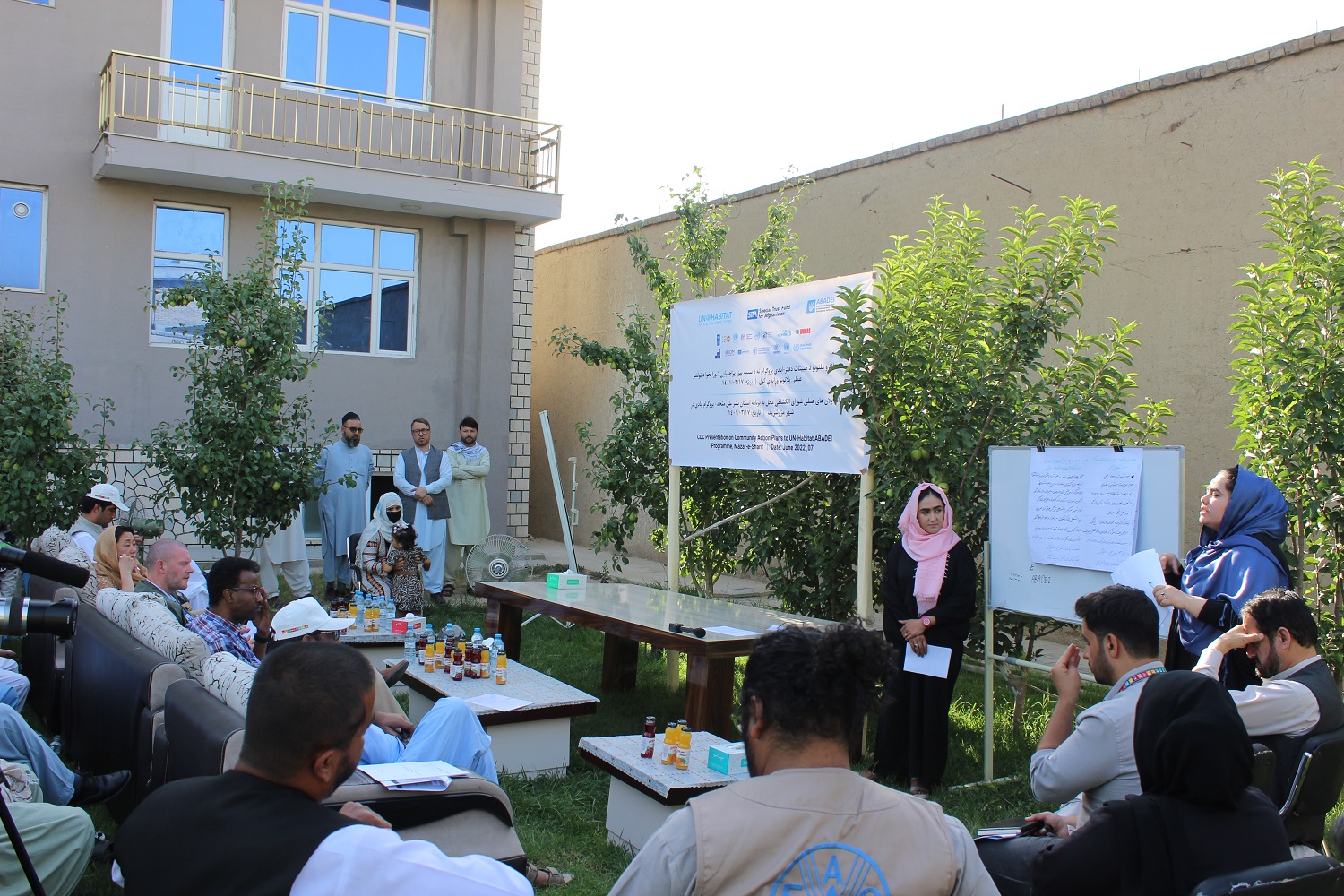 A donor delegation of the Special Trust Fund for Afghanistan (STFA), which funds the ABADEI programme, visited Mazar-i-Sharif city in Balkh province on June 8, 2022. The mission’s objective was to observe the progress of projects being implemented by ABADEI’s Participating UN Organizations (PUNOs), and to meet with project beneficiaries.

The UN-Habitat team in Mazar-i-sharif welcomed the delegation and arranged a meeting which was attended by 130 people including PUNO representatives, Community Development Councils (CDCs), and beneficiaries of Cash for Work projects. During the meeting, CDC members presented community action plans and explained the application of the Peoples’ Process in the development of the plans. They also described the community’s roles in identification, designing and planning of community projects to be funded by grants under ABADEI. STFA donors praised the CDC members for their contributions and cooperation in ABADEI projects in Mazar-e-Sharif city.

Fazil Rahman, who started a small business with the money he earned from a Cash for Work project, said “I thank UN-Habitat office and the ABADEI programme for giving me this opportunity to work and feed my family by myself”.

Sayed Ayoub, another programme beneficiary who has also started a small business from money earned in a Cash for Work project said “I am thankful to the UN-Habitat office. Through the Cash for Work project, I could feed nine members of my family. These kinds of projects should be expanded because they are beneficial to people like us”