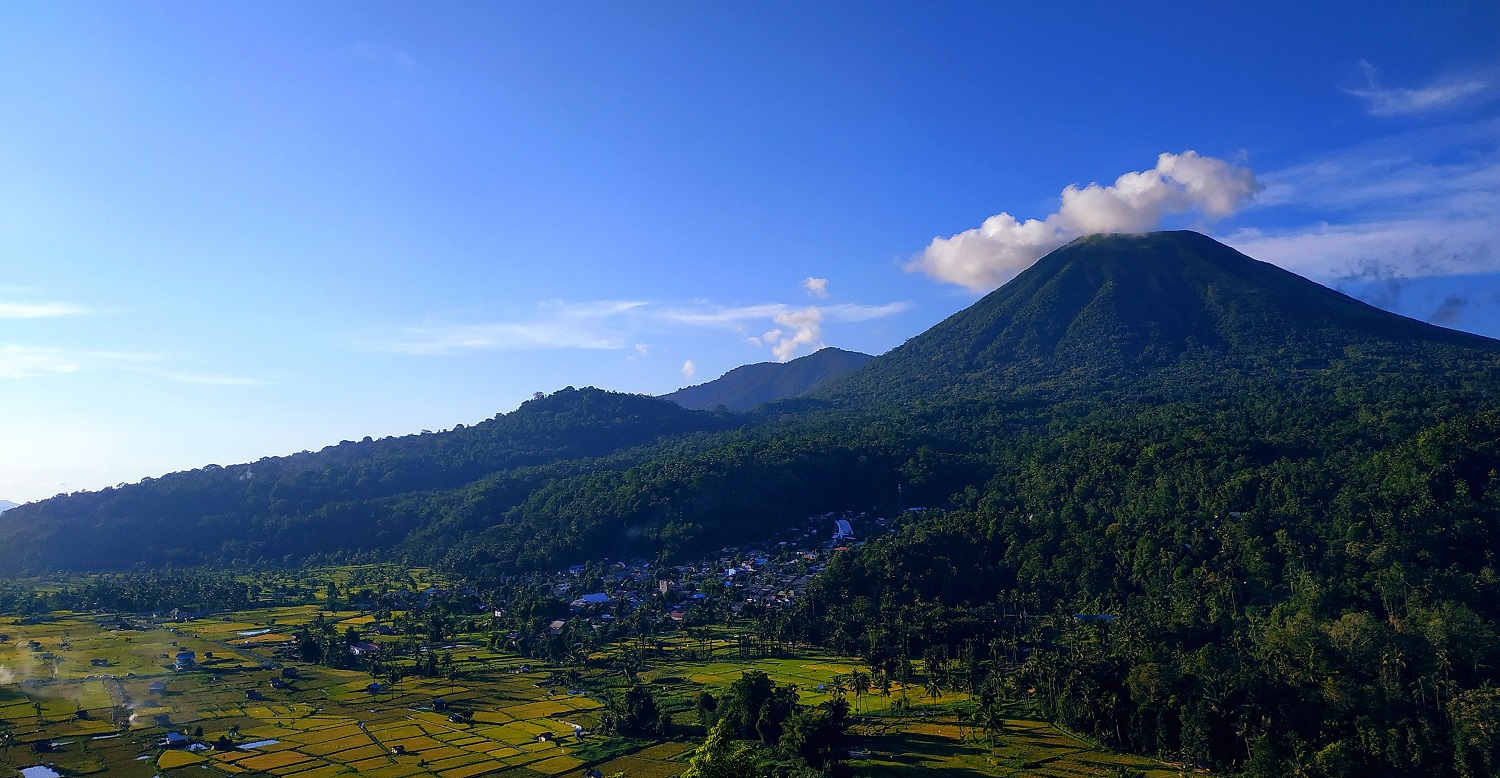 Situated between two active volcanoes, being prepared for natural disasters comes second nature to the residents of Tomohon in Indonesia. But, with support from UN-Habitat and the ASEAN Secretariat, the city’s leadership is looking to secure funding for an early warning system that could reduce response time in case of earthquakes, volcanic activity, or landslides.

“We currently face a long emergency response time – and our goal is to have a system like in Japanese cities, where sirens connected to automatic censors warn people in real-time,” said Jean D’Arc F. Karundeng, Head of Family Empowerment and Welfare in the city. When these sensors feel a tremor, no matter how insignificant, they go off, alerting people to get out of their houses before they can feel the earthquake.

When Mount Lokon, one of the volcanoes on the city’s edge, erupted in 2011, 12,000 out of 100,000 inhabitants had to be evacuated. “We were lucky because nature gave us enough warning,” said city official Royke Roeroe, who headed Disaster Management Office at the time. “But this may not always be the case – and with earthquakes and landslides, it never is.”

The ring of fire

Indonesia, lying on what is often called the ring of fire, is the country with the highest number of seismic and volcanic events in the world.

Under current procedures, the mayor’s office is informed by national authorities when seismic or volcanic activity is detected, and then it needs to inform citizens. However, when the timing is crucial, this could cause delays, Karundeng said. Under the new setup the city is looking to develop, a digital early warning system would send text messages and sound the alarms.

Tomohon, which is dependent on the central government for 80% of its budget and needs more discretionary funding, knew it could not afford to build or procure such a system on its own. What it did not know was how to go about soliciting funding for it. Under the UN-Habitat project, its officials acquired skills in drafting project documents for submission to potential donors.

With the financial support of the ASEAN-Australia Development Cooperation Program Phase II, the ASEAN Secretariat (Connectivity Division), in collaboration with UN-Habitat, implemented a regional project to accelerate the implementation of the ASEAN Sustainable Urbanisation Strategy (ASUS). UN-Habitat worked closely with eight cities across Southeast Asia to identify priority areas for urban interventions. It supported them in articulating their needs and learning how to create viable project proposals.

“The urban growth in ASEAN is happening primarily in smaller and secondary cities, as Tomohon, where investments – even if relatively modest – can have a great impact on communities and accelerate sustainable urbanization,” said Riccardo Maroso, Project Team Leader at UN-Habitat.

Tomohon zoomed in on issues to do with safety and security quite quickly in the process, Karundeng recalls. “This is the quality of life issue for our citizens, and portraying Tomohon as a safe destination will also help to allay the fears of tourists,” she said. North Sulawesi is a favorite destination of tourists from China, and Tomohon, with its cooler mountain climate, many flowers, hot springs, and two volcanic peaks, hopes to benefit increasingly from that. “We have tour operators who often question whether we are prepared for disasters and whether their tourists will be safe,” she said.

Being part of such an international programme has yielded further indirect benefits, Karundeng added. “We saw the kind of projects other cities are working on, which gave us ideas for future work, as well as a network of peers to discuss various development issues with.” Tomohon officials were particularly interested in Kep City’s project on waste collection and recycling in southern Cambodia.

“Becoming more sustainable is the way of the future, and initiatives like ASUS are a great help for us getting there,” she said.

Before Mount Lokon erupts next time or the nearby fault lines set off tremors, Tomohon officials want to be warned. So Jean D’Arc F. Karundeng is spearheading a project, supported by the ASEAN Secretariat and UN-Habitat, to set up an early warning system.