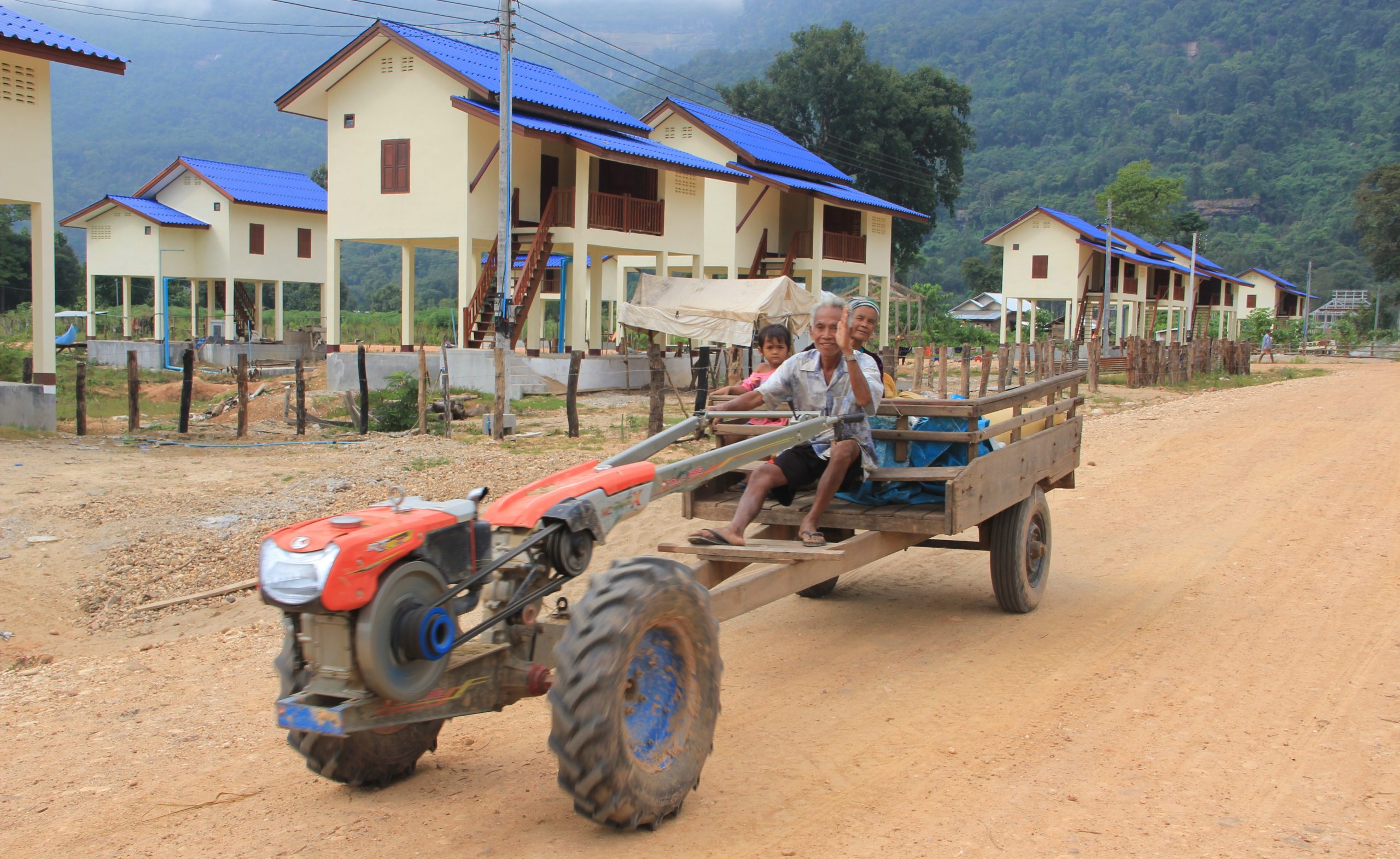 Sanamxay District, Attapeu Province, Lao PDR, 25 November 2021 – “When the flood came, my husband was holding my hand so we could die together,” says Kinnavanh Xayasy, recalling the devastating day in 2018 when she and thousands of residents lost their homes to floods.

Thanks to a UN-Habitat project and USD 2.2 million support from the Japanese Government, Kinnavanh, her family, and 66 other families moved into permanent homes a year ago.

But that has not been the end of their journey towards a comfortable life, or their relationship with UN-Habitat.

In the past year, the families have continued to engage in the kitchen, gardening, and small-scale animal husbandry because of the continuous supply of water, which not only improved the livelihoods but also contributed to augmenting some income.

In October, UN-Habitat provided additional support to these communities through distribution of non-food items, including basic hygiene kits, to prevent the further spread of the virus during the ongoing COVID-19 pandemic.

The project notably has contributed to several areas: Housing, Water, Sanitation and Hygiene (WASH), Disaster Risk Reduction (DRR) and Livelihoods. For example, all houses are flood-proof as they are built on an elevated floor with solid foundation to withstand recurring floods in the area.

The houses are designed in such a way that there are possibilities of modular extension, which provides flexibility to accommodate family growth. With the provision of small-scale water supply systems, the socio-economic conditions of the families have also improved drastically.

“We did not have rice to eat or even shoes to wear … I would like to thank UN-Habitat and the Government of Japan for building these big houses,” said Xon Duangvilai, another resident.

Bounxer Setthilath, the Vice Governor of Attapeu Province, highlighted how the project has allowed affected people to have “secure and stable houses with facilities like 24/7 water supply and roads thereby providing opportunities to improve their livelihoods.”

Interviews and surveys conducted for the evaluation of the project indicated that both the beneficiaries and stakeholders are highly satisfied with the project.

The outcome of the project so far has been a testament to UN-Habitat’s unwavering commitment to support communities in despair and loss, and assist the affected people to rebuild their lives for a new beginning.

In September, UN-Habitat received the Certificate of Appreciation from the Attapeu Provincial Government in recognition of houses and 24/7 water supply system built for the vulnerable communities.