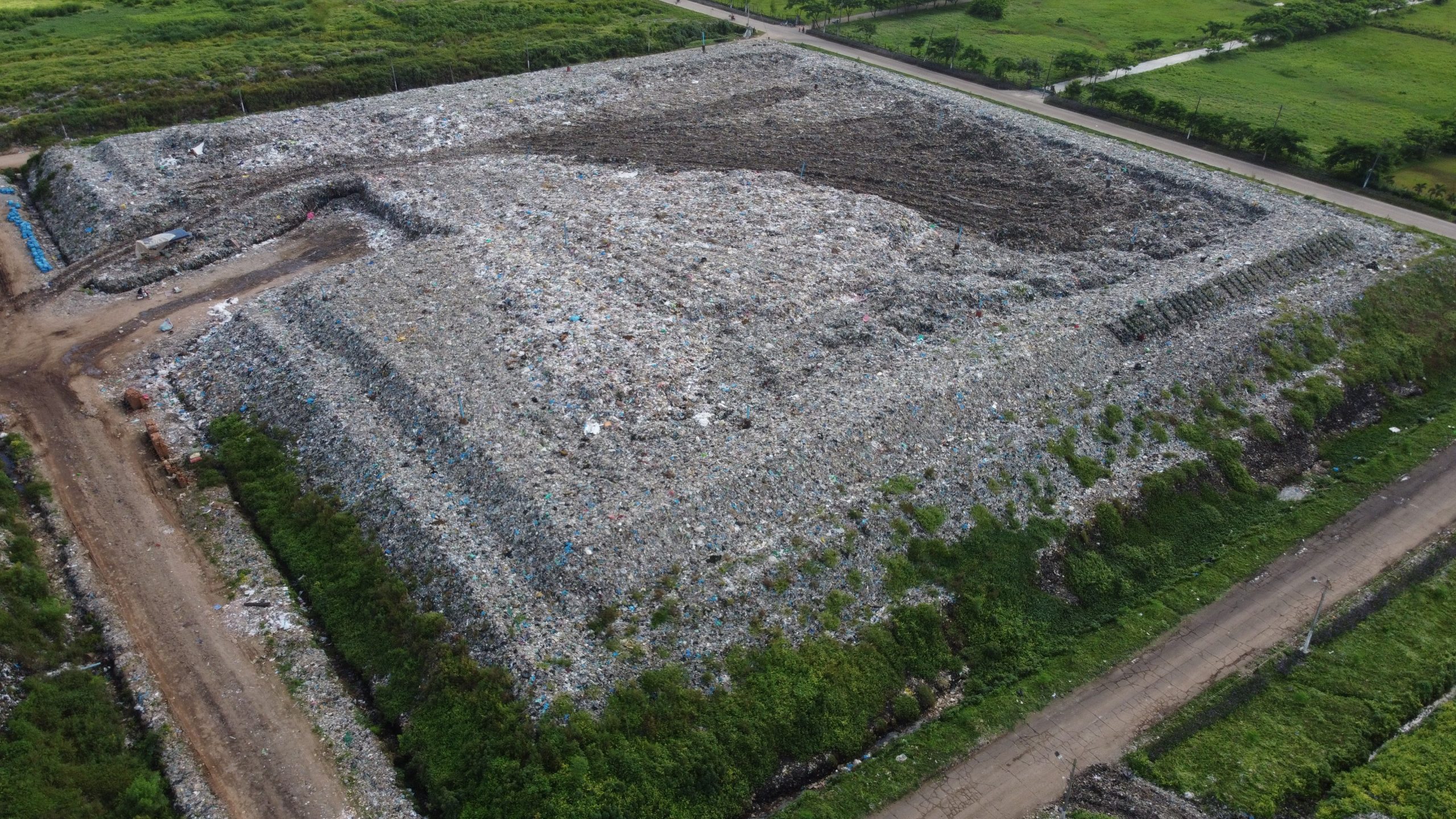 Yangon, Myanmar, 10 November 2021 – Residents of the Hlaing Thar Yar township and surrounding areas hope a UN-Habitat solid waste management project can prevent a deadly fire like the one caused by combustion of methane gas from a nearby open landfill in 2018.

According to a report by the UN Environment Programme (UNEP), methane is the primary contributor to the formation of ground-level ozone, a hazardous air pollutant and greenhouse gas, exposure to which causes one million premature deaths every year. Methane is also a powerful greenhouse gas. Over a 20-year period, it is 80 times more potent at warming than carbon dioxide.

At the UN climate change conference currently ongoing in Glasgow, Scotland, the United States and the European Union have announced a global partnership under which by 2030 methane emissions shall be limited to 30 per cent of what they were in 2020.

In the Project for the Urgent Improvement of Solid Waste Management in Yangon City, UN-Habitat has applied the Fukuoka Method in the Htlein Bin open landfill. The method leads to faster decomposition of waste materials, improves quality of the leachate, and reduces emission of methane gas.

The project has been implemented with financial support from the Government of Japan and technical support from Fukuoka City and Solid Waste Management Advisory Network (SWAN).

Htein Bin, where internal migrants have chosen to live in dense informal settlements, houses the largest Final Disposal Site (FDS) of solid waste in Yangon, the commercial capital of Myanmar and home to 5.1 million people and industrial businesses.

Yangon city is undergoing rapid urbanization due to increased industrial and commercial investments, and infrastructural development in the recent years. With rapid population growth and urbanization has also come unprecedented volumes of solid waste that reach the dumpsite every day.

The 60-hectares Htein Bin open landfill site collects about 1,500 tonnes of daily waste, compared to the overall 2,000-3,000 tonnes of waste generated in Yangon city each day. Under the project, 49 hectares of existing landfill site are being rehabilitated.

The solid waste dump site catches fire almost every year but the blazes have never been big or lasted so long as they were in 2018. More than two dozen people were hospitalised for smoke inhalation and injuries linked to the fire.

It resulted in a noticeable deterioration in air quality in the city of Yangon and affected around 148,000 people in the surrounding areas.