The 2nd K-CAP Expert Group Meeting introduced to Asia Pacific cities various energy-related technologies. Among those the “MIRACOOL” Heat Insulating Coating, which was of particular interest for the representatives of Sorsogon City that wanted to test the effects in their city.

Sorsogon, located at the southern tip of Luzon in the Philippines, is a city at a high risk to tropical cyclones, storm surges, extreme rain and flooding, rising sea levels and volcanic activity. In response to these conditions, the City joined as one of the pilot cities for UN-HABITATﾕs CCCI (Cities and Climate Change Initiative) in 2009, and since have conducted vulnerability and adaptation assessments, developed capacities and raised awareness of the city government, its people and children to build community resilience and reduce city vulnerability to the consequences of climate change while seeking low carbon and sustainable measures and lifestyles.

The technology selected for the pilot project in Sorosogon City was ‘MIRACOOL’, a high reflective heat insulating coating which reduces surface temperature of buildings and facilities that are exposed to sunlight. It is technology developed in Japan and used on a number of road pavements, roofs of factories and warehouses and airpot runways. Because it enables reduction of heat inside the buildings without use of electricity for air conditioning or fans, and is also maintenance-free and long lasting, it can potentially be a solution for many countries in the relatively warm climates to realize a low-carbon and environmentally sustainable lifestyles.

The annual average temperature of tropical Sorsogon City is around 27 degrees. Whilst Corrugated Galvanized Iron (CGI) sheets are widely used as materials for the roofs of public schools, public facilities and individual houses—including public housing for the low income groups–, the heat absorbed by these sheets could drastically raise the room temperature much higher than the actual outside temperature.

Mayor Dioneda who attended the Expert Group Meeting was convinced, that by using this heat insulating paint ‘MIRACOOL’, the people, especially the vulnerable groups such as the elders and children, will be less exposed to severe heat; and that it will enable a lower carbon lifestyle in cooler schools or homes without use of any electricity (which in fact is very expensive in the Philippines) for fans or air-conditioning.

The pilot project was implemented in March 2011.
A public primary school, community center, and public housing settlements for the low income groups were selected. After the experienced local painters applied MIRACOOL on the roofs of the primary school, the temperature immediately fell from 50 to 32 degrees. The teachers and the children, who were in the classrooms while the roof was painted said that they felt the classroom becoming cooler.
The effect of the paint is currently being tested on a more long term and detailed scale using digital thermometers, at the school and at selected houses. 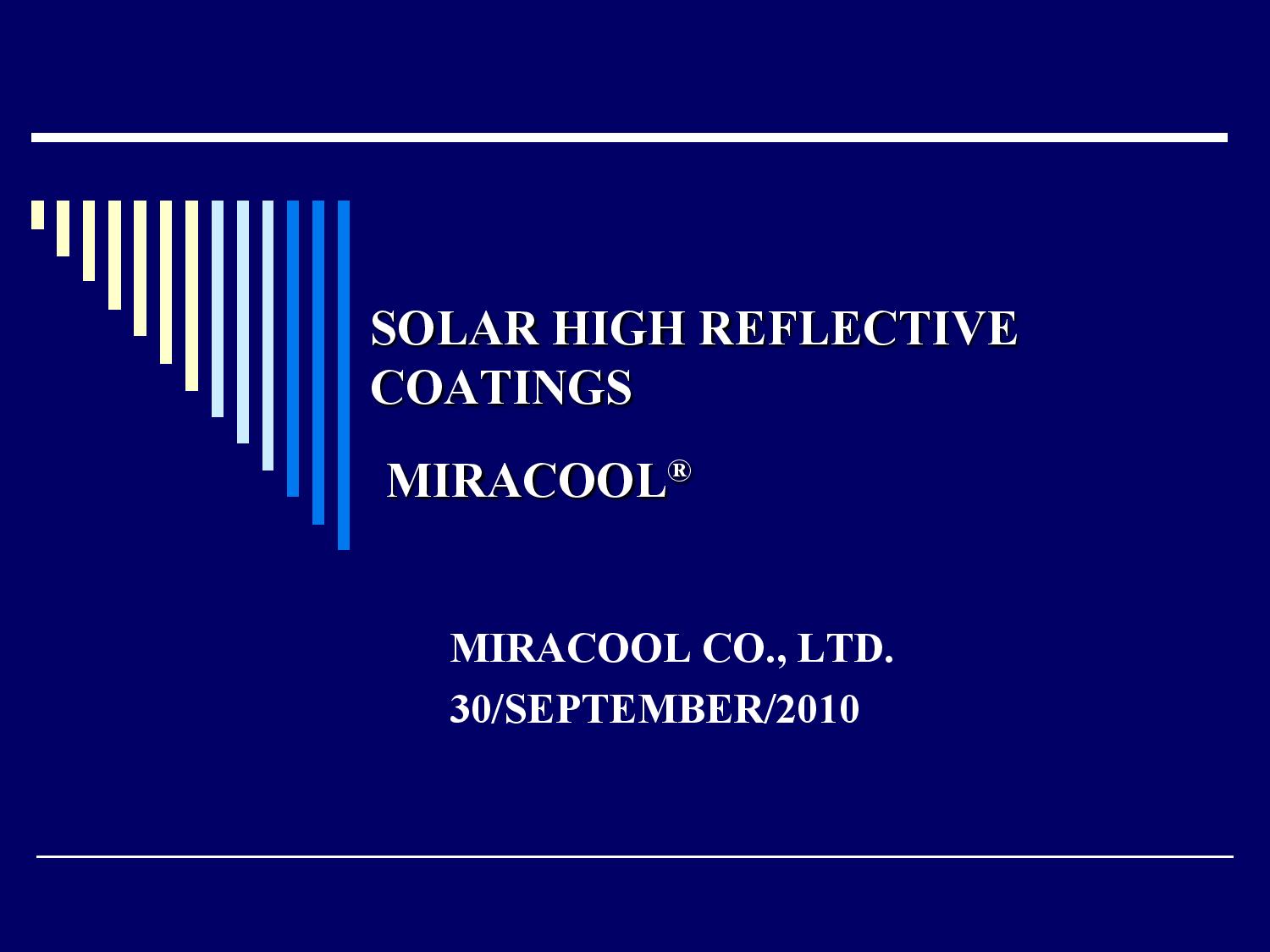