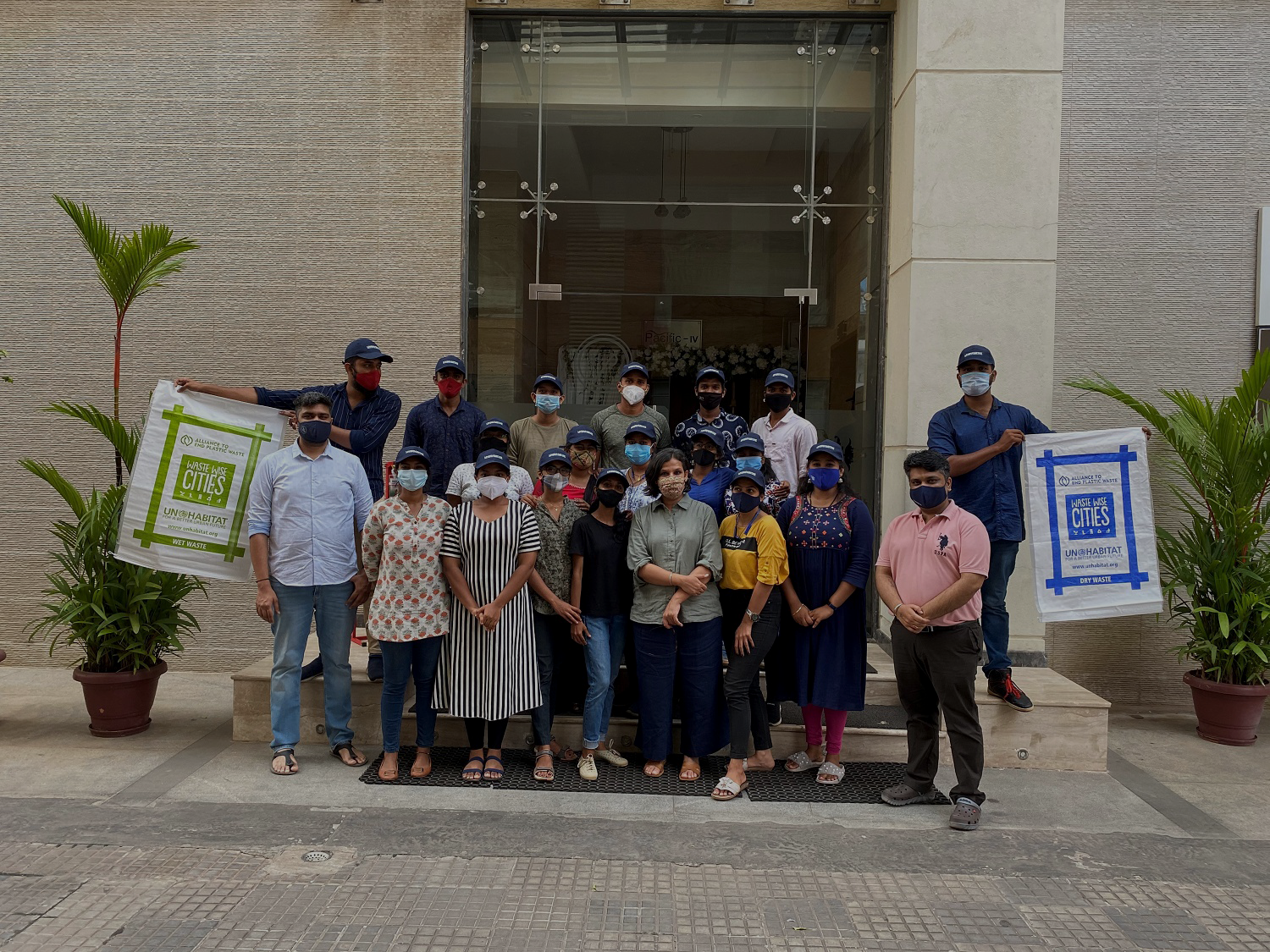 Under the Waste Wise Cities (WWC) programme, UN-Habitat has developed the Waste Wise Cities Tool (WaCT), based on SDG indicator 11.6.1 parameters, to support cities and countries in undertaking a comprehensive diagnostic of MSW to aid scientific and evidence-based development of projects and investments.

As part of the Waste Wise Cities Programme: Tackling Plastic Waste in the Environment, UN-Habitat will support cities in establishing better waste and resource management strategies, creating business and livelihood opportunities, and transiting towards a circular economy. The project is funded by the Alliance to End Plastic Waste INC, a non-for-profit entity and implemented by UN-Habitat headquarters Kenya in collaboration with its country offices in Ethiopia and India. The project shall target 6 target cities to support them in assessing waste management status and develop city specific project proposals.

In India, the project will be implemented by UN-Habitat India Country Office in two cities i.e. Mangaluru and Thiruvananthapuram (target cities).

The Indian coastline extends for over 7,500 kilometres, covering 9 maritime states, 2 union territories and 2 island territories. Nearly 250 million people live within 50 km of the coast and the coastal area has about 130 cities and a very significant share of India’s economic infrastructure. According to a recent report published by the Central Pollution Control Board (CPCB), India generates a total of 25,950 tonnes of plastic waste each day. If we extrapolate this number, then at least 5,000 tonnes of plastic waste is generated each day (approx. 2.0 million tonnes per year) in the coastal area. If this waste is not managed properly, then it would continue to pollute our marine ecosystem, endangering the livelihoods of millions of people who depend on the marine environment and its resources. Approximately 80 per cent of all marine pollution is caused by human activities on land. This includes solid waste leakage including plastic from inadequate waste management.

Thiruvananthapuram in Kerala is a coastal city in the Southern state of Kerala with a population of approximately 0.9 million and spread over an area of 214.86 square kilometres. The city is divided into 25 circles across 4 zones and 100 wards. As per the official estimates, Thiruvananthapuram city generates about 350 tonnes of waste per day (2019). Out of this, about 49% is from households, 11% from commercial centres, 10% from hotels and restaurants, and the rest is from other segments. About 83% of the total waste generated in Thiruvananthapuram is compostable, 11% consists of inert, 7% forms paper, 5% makes for plastics and the rest comprises other dry waste. It is estimated that collected waste is quite high, though marine pollution from land-based sources is a major challenge in the city, especially from illegal dumping, streets vendors and uncollected waste. Being a tourist destination, contamination of river and coastal sources due to plastic items is a concern. The state of Kerala government has banned plastic bags and bottles below the thickness of 50 microns, however, a complete ban on plastic carry bags is not imposed in the state, thin plastic bags are still the norm in shops and takeaway restaurants.

Mangaluru, another coastal city, the fourth largest city in Karnataka state, is situated in the west coast of Southern India. The city, with more than 500,000 population, faces great challenges in dealing with its solid waste. The rapid urbanization and changing lifestyles have led to the generation of huge amount of waste in the urban areas including increasing quantities of plastics. The area coming under the jurisdiction of Mangaluru City Corporation (MCC) produces an average of 310-320 tonnes per day of solid waste. The waste collected has a composition of 60% of organic, 25% of inorganic, 5% of combustible and 10% of recyclable wastes (2018 estimation). The city has majorly a centralised waste management approaches with over 90% collection efficiency, however, segregation of waste is a huge concern as well as resources recovery and recycling. Being a coastal city, the issue of marine litter is a challenge and needs to be addressed.

Through the application of WaCT, the project shall: