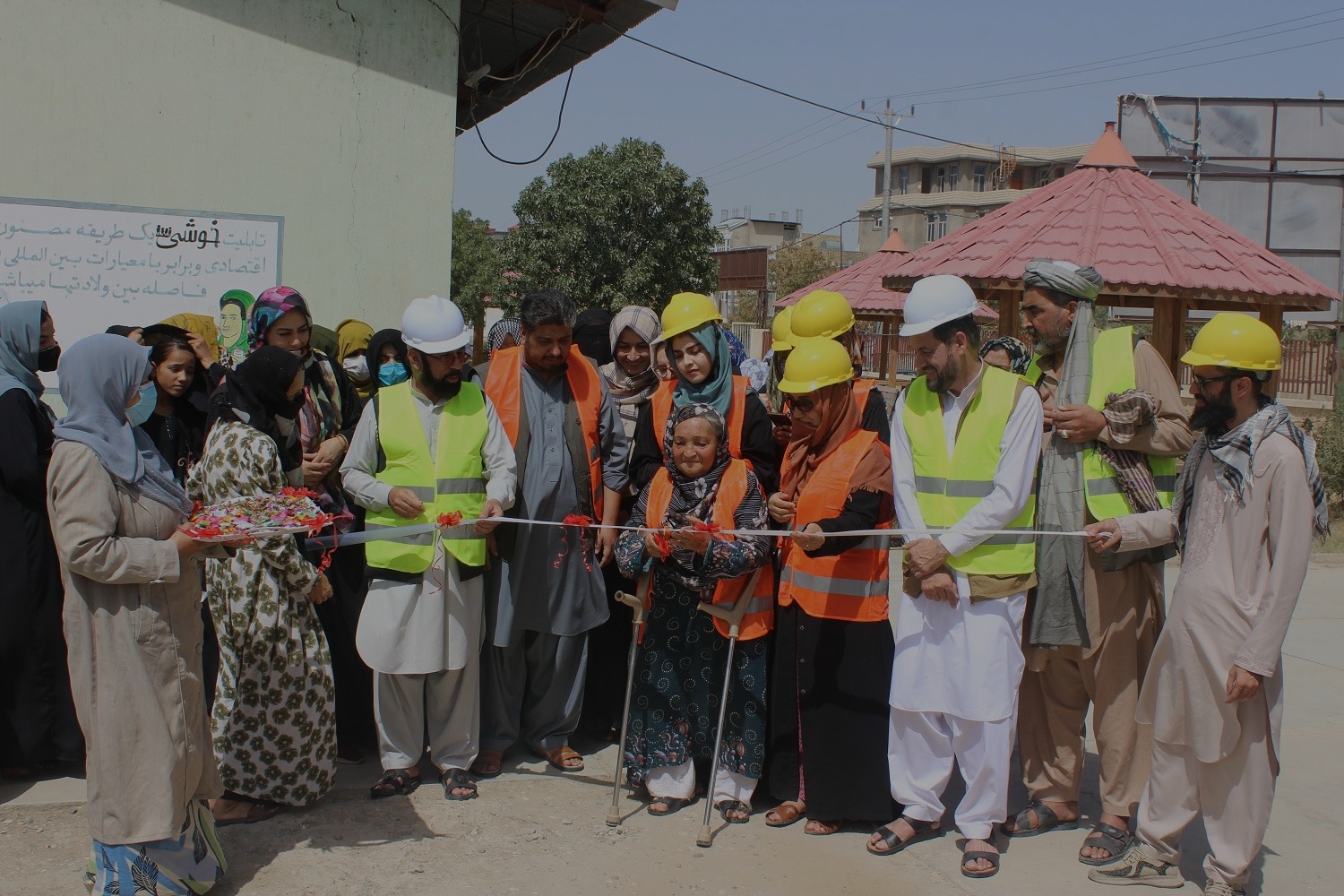 On 28 July 2022, under the ABADEI programme, UN-Habitat inaugurated and started a project to provide safe drinking water and WASH service to employees of Rabia-e-Balkhi Women Market in Mazar-e-Sharif city of Balk province, Afghanistan. The inauguration ceremony was attended by Gozar Assembly members and businesswomen.

This project entails drilling 120m water well, installing a solar system, and repairing washrooms. After the completion, 200 businesswomen and dozens of customers and visitors will have access to safe drinking water and WASH services.

The Rabia Balkhi Women Market is the only market where women can run their businesses, and it has been established to boost women’s economic activities in Mazar-e-Sharif city. The market consists of 56 business shops. In this market, most of the female owners of the shops are the sole breadwinner of their families.

After an assessment, the UN-Habitat team found that the market does not have sufficient and safe water resources for consumption. Therefore, considering the significance of the project, UN-Habitat gives priority to this project.

Also, on the same day, UN-Habitat inaugurated the construction of two water supply networks in Police District (PD) one and seven of Mazar-e-Sharif city. These projects will benefit 6,500 residents in gaining access to safe drinking water. Because of the lack of safe drinking water, the residents of these PDs face numerous difficulties. The residents walk long distances to fetch drinking water. On the other hand, the resident’s only source of water is open wells, which is not safe and has made the residents, especially children, vulnerable and susceptible to cholera and diarrhea diseases.