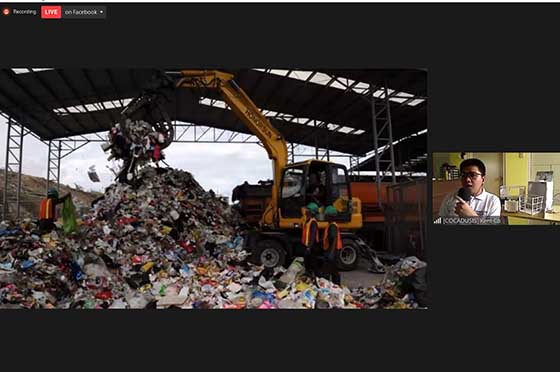 Plastic 3R Hacks PH is a nationwide virtual hackathon that aims to harness solutions to marine plastic pollution in the Philippines. This provides a platform for fresh and modern ideas as alternatives to traditional reuse, reduce, and recycle (3R) practices. It is organized by Redwizard Events Technology in close collaboration with the Healthy Oceans and Clean Cities Initiative, a project implemented by UN-Habitat Philippines and funded by the Government of Japan, which aims to enable local governments and communities in the Philippines to reduce marine plastic pollution. Plastic 3R Hacks PH is sponsored by Aboitiz Construction, Union Bank Philippines, and Nestle Philippines.

More than 220 participants representing cities and universities across the country registered for the competition. The participants went through a series of virtual activities such as a pre-hack event, mentoring sessions, and project development. Eighteen qualifying teams went through a preliminary judging to narrow down to the top ten teams who eventually advanced to the virtual Grand Finals.

The Grand Finals highlighted some of the brightest ideas from the youth to save oceans by reducing marine plastic litter. Innovative solutions showcased included AI-based rewards-system waste segregation app for individuals and households, mobile application monitoring and grading tool for local government units, and even disruptive non-tech ideas like business concepts for creative upcycling process.

The winning teams were Grand Winner Team STP from Metro Manila for their project WeGarden, an offline-first, IoT-enabled, hybrid soil and hydroponics community garden; and runner up COCADISUS from Iloilo City for their project OpenPRS, an open source plastic recycling system; and grand winner. The winning teams received $1,000 and S400 cash prizes respectively, plus special prizes from the hackathon sponsors.