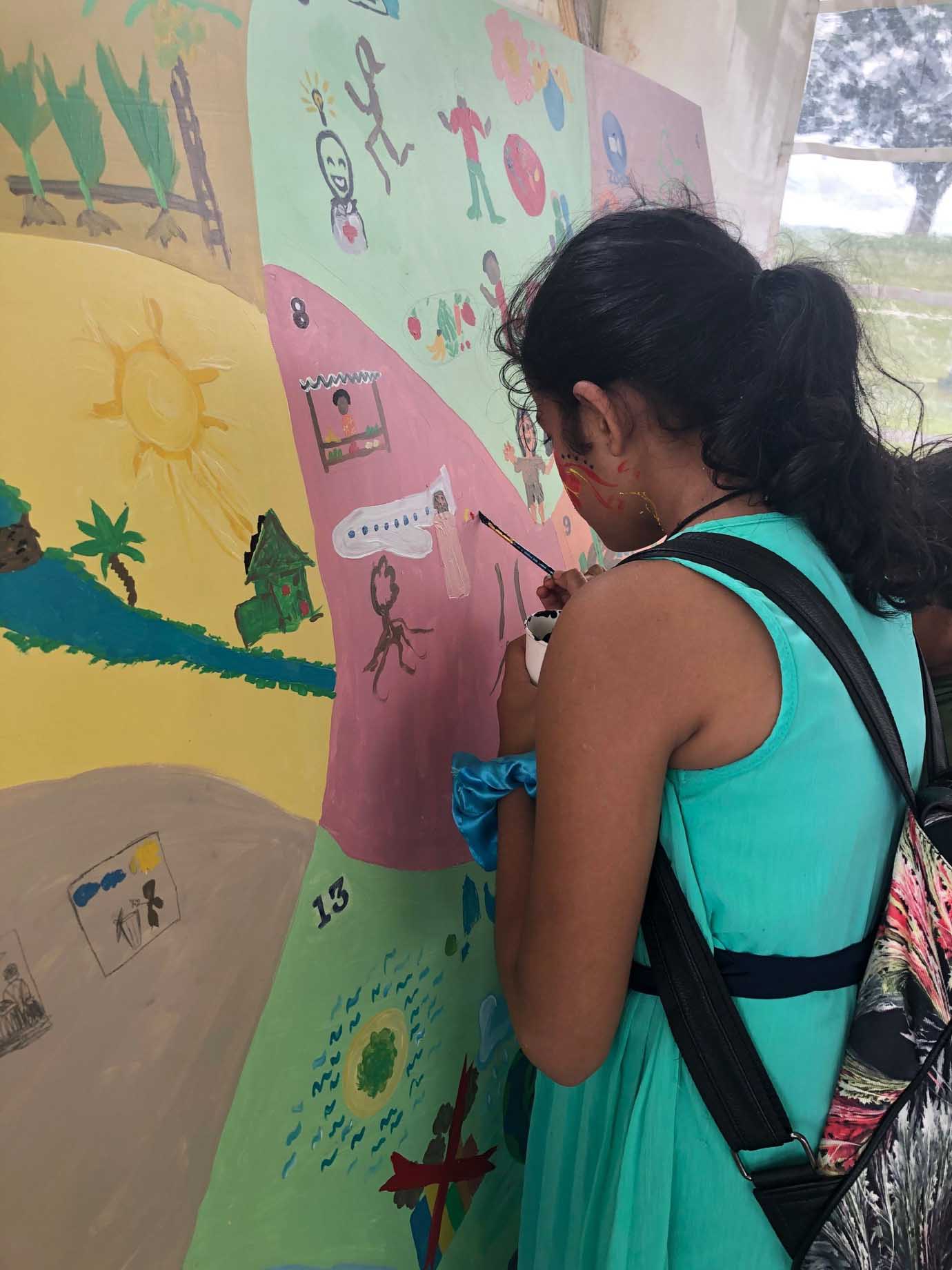 Nadi, Fiji, 12 December 2020 – For his persistence and commitment to action against climate change for Pacific Island Nations, the Prime Minister of Fiji Frank Bainimarama was awarded with the 2020 Champion of the Earth Award, the UN’s highest environmental honour.

The Award recognises outstanding leaders from governments, civil societies and the private sector whose actions have had a positive impact on the environment. Under the Prime Minister’s leadership, Fiji has taken bold and decisive actions to draw global attention to the consequences of climate change and rising sea levels. “In the days, months and years ahead, Fiji and the United Nations will show the world that no enemy from COVID to climate change is too large, even for the smallest of nations,” the Prime Minister said. “And we will continue to show the world that by working together everything is possible.”

The award was presented to the Prime Minister by four children from one of UN-Habitat’s project informal settlements as part of the UN Community Day celebrations on 12 December 2020. UN-Habitat strongly supported the week-long community engagement in the Western region of Fiji, which has been highly affected by the socio-economic impacts of COVID-19 because of its dependency on tourism.

The celebrations were wrapped up with a two-day event in Nadi with community day celebrations with over 19 Government partners, 16 UN entities, 28 country representations, 26 private businesses, 68 CSOs, and 10 schools bringing over 500 students to attend the SDG action zone – an area designed to inform about Sustainable Development Goals in an interactive way.

The event boosted economic activity and raised awareness on support and services provided by the United Nations and our government and civil society partners.